For the past few years Apple has seen an increase in its laptop business due majorly to the dismal failure of Microsoft’s Windows Vista operating system. Umpteen number of reports have been published telling people why they should consider switching to the Mac OS now that Vista has failed, but not a single one has surfaced that spells out the merits of switching over to a variety of Linux.

Linux on the server side is pretty well established with Red Hat Enterprise Linux being the dominant flavour there. It is on the desktop that there is an ongoing war mainly between three parties – Microsoft, Apple and the host of Linux vendors. The availability of a large number of Linux distributions may initially confuse a user but a harder look quickly separates the wheat from the chaff and Ubuntu/Kubuntu emerges as the best.

Traditionally Linux adoption on the desktop has been plagued by the notion that it was difficult to handle. Its really a misconception. Ubuntu has changed the face of Linux ever since its launch. The current versions are sturdy, have very good UIs and are intuitive. Program management no longer needs knowledge of the various packaging systems but is driven by an elegant UI. Productivity applications on Linux have come a long way and the crown jewel in this category has got to be Open Office. Not only do you get a great word processor, a brilliant spreadsheet program, a fantastic presentation tool and a good desktop database but you also get compatibility for Microsoft Office documents. In the majority of cases, MS Office documents can be opened in Open Office without any changes. For e-mailing, there is Evolution that offers connectivity to Microsoft Exchange and also Mozilla Thunderbird. Calendar applications are galore. There are a host of commercial and open source tools for multimedia authoring,image manipulation and desktop publishing. Applications like Scribus, Blender 3D and GIMP are the best-of-breed and have the capacity to rival their commercial counterparts. For web browsing, Mozilla Firefox comes pre-installed.

If you are a developer programming in open technologies like Java/JEE or C/C++, adopting to Linux is really easy. All major JEE vendors support Linux as a platform for their offerings. Eclipse, NetBeans and IntelliJ are some of the best IDEs around that have Linux versions. For C/C++ there is KDevelop, Anjuta and many more

IDEs offering best-of-breed features. Microsoft .net developers might have it a bit more difficult. Although Mono allows you to run .net applications on Linux, tooling support till now is not the greatest. In any case, if some one is going to use Microsoft technology for development, its much more likely that she/he would stick to Windows. So thats not really a great problem.

Ubuntu has a large number of hardware drivers in it making it very close to being the best distro for plug-n-play. In fact in a few areas it surpasses the great Apple Mac OS. Here’s an example. The Linksys WUSB54GC USB Wireless Adapter worked out of the box on Ubuntu 8.04 whereas in Mac OS it did not.

Security wise both Mac OS and Ubuntu are equally good though some would argue that Ubuntu is probably better. There are GUI tools available to tweak the security settings in a system.

In the look and feel department, Linux has improved in leaps and bounds. In Gnome and KDE you have two of the best windowing systems. With the KDE 4.1.1  environment, users get a light, responsive, and aesthetically appealing desktop that can rival even the Mac OS. Also with Compiz it is possible to extract effects from a Linux desktop that were hitherto unavailable on any other system. I doubt it exists in the Mac. 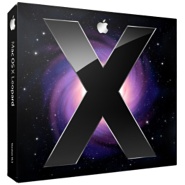 The more I use Ubuntu, the more I fail to understand the lure of the Mac OS. Is it the snob value or stupidity that make people consider a Mac over Windows and not Ubuntu?

252 thoughts on “Switch to Ubuntu Linux not Apple Mac OS”